End of Flight 1a, 1b & 1c Accumulated Chip-counts: 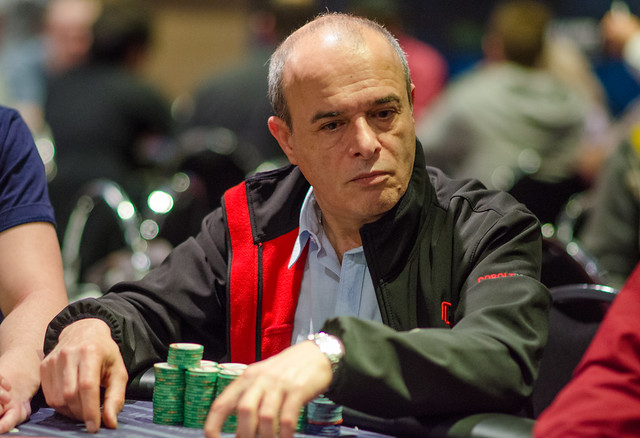 With 130 players surviving the three opening day flights here at Aspers Casino in Newcastle, Khadir Khoshawy has the slimmest of margins in leading Alan Tinlin.  Just 100 chips are between the two men at the top of the leaderboard.   Coverage begins from 1pm on Saturday, so stay tuned! 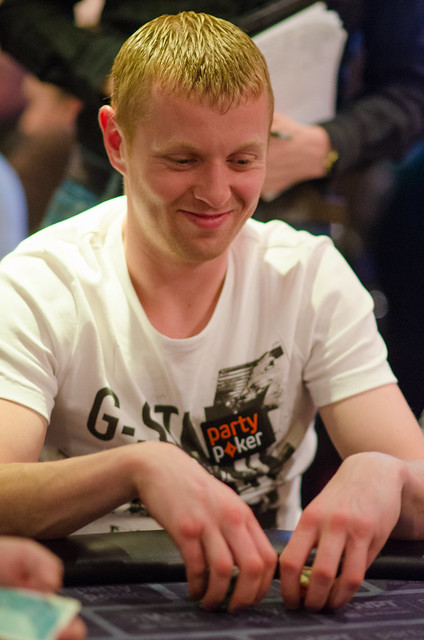 There are times to move in poker tournaments – moments where you get that feeling that it’s the right point to hustle, to harry and to have at your opponent like you were dueling on a grand stage.  Abbie Louthan and Richard Knowles have both found their spots to shove, but both ran into better hands to bust.

Louthan was super-short when she pushed with

, but she was called off by David Phethean’s

and that held to eliminate her.  Richard Knowles had even worse chances when he was all-in with

for an incredible 45,000 chips and was called by Paul Woloszyn’s

, which rode out the

board to bust Knowles and rake a huge pot.

End of Day 1 (TOTAL) chip-counts will follow just as soon as we have them right here.  This may be some time… 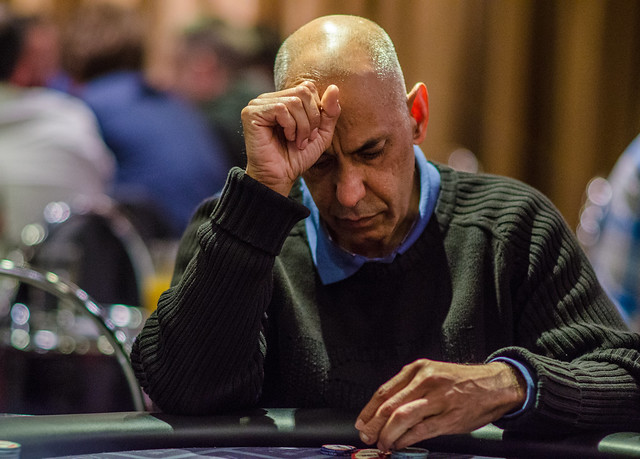 Surinder Sunar (above) may be surviving, but we’ve lost a few, with Mike Hill and Paul Hempseed both busting before the end of the Day 1c flight.  Everyone is desperate to make Day 2, leading to a little constipation in the action in some quarters, but others are really profiting, pushing their stack to build a chip mountain to try and topple overnight chip leader Khadir Khoshawy, who we spoke to at the last break.  he decided to opt out of today’s play, having built a stack of 163k yesterday, more than enough to come back to tomorrow.

“I’m happy – it was a good day.  One man was up to 163k just under mine earlier, he played the third flight too, but he just busted, so I think I’m winning.”

Khashawy isn’t even playing today and he’s here – that shows you what it means to all the players… they all want the title! 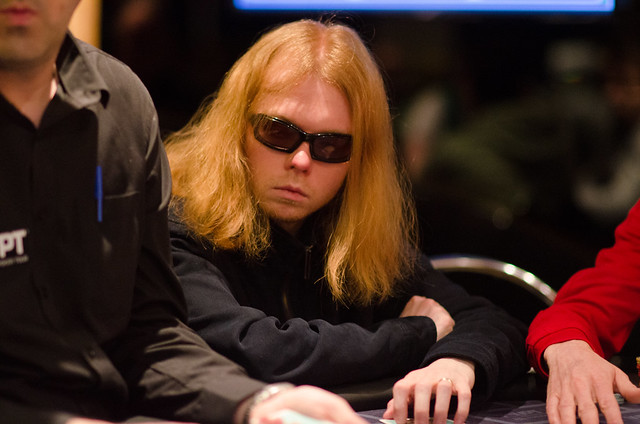 Paul Hempseed has taken a bit of a knock in the last level, as players battle to find themselves a stack to attack Day 2 with.  Paul may already have 27,000 chips ‘in the bank’ from Day 1b, but he’d love to take more through to join them.  He’s now in shoveland after the last hand.

, prompting Paul to c-bet 2800, this time only called by Rizgar Qadir.  The turn of

led to a check from Paul, but Rizgar shoved all-in, prompting a rueful fold from Hempseed.  He’s down to 9,000 and that is just twelve bigs… 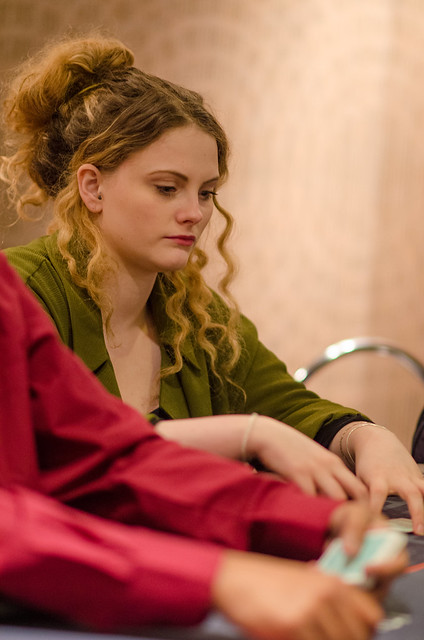 We’ve had several female players enter tonight’s flight so thought we’d focus on the fairer sex for a few minutes.  In fact, there are seven sirens left singing in the WPT National Event here at Aspers in Newcastle, and they all have a chance of making Day 2/improving on their stack.  Here are their chip-stacks as they make up around 5% of the field:

Jamie Dale didn’t come for a long time, he came for a good time!  Sadly, the experienced and charismatic young player has busted already here at WPT National Event Newcastle, getting his last five big blinds into the middle pre-flop with

and being re-raised to isolate by Gillian Martin’s

which a) had the desired effect to get rid of everyone else and b) held.  An inauspicious sole flight from Dale, but its great to see such a quality player here in the field.  While he waits for friends, he may sit on the cash table(not literally).  That’s a bit like a shark swimming into a fishtank.

Paul Hempseed (pictured in the shades and Game of Thrones haircut) is some player, professional for many years online, combining his love of the virtual game with several stints at the live felt, including right here today at Newcastle’s stunning Aspers Casino.  He took around 27,000 through from flight Day 1b, but he’s looking to add to that tonight in flight 1c.

He’s not onff to the best start, down to 17k from his starting stack of 20,000, but he’s on a fun table which includes Gillian Martin.  If you remember, she was the lady from Day 1a who talked through a lot of her hands and gave lots of info away.  she’s up to 33k and quiet, but starting to loosen up.  Will the stacks re-balance? 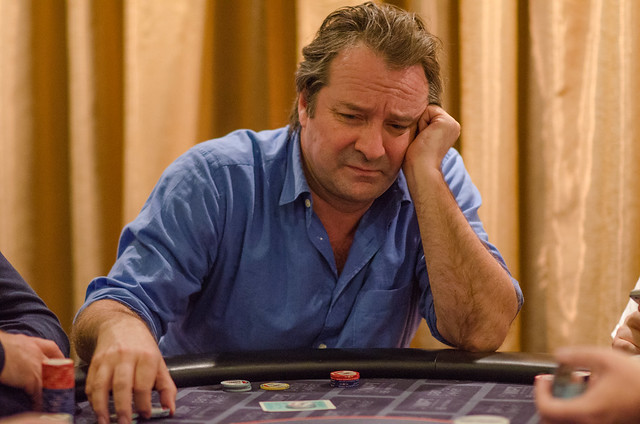 Between flights of the WPTNUK Newcastle Event, we caught up with Drop The Dead Donkey and Waterloo road actor Neil Pearson as he plots a third assault on the chips here at Aspers.  Check it out here:

Flight 1c is under way after a slight delay to fit all the players in their chairs and let wifi catch up with us!

We’re back in the room, at blinds of 50/100 in this opening level, with Mike Hill, Paul Hempseed, Ian Simpson,  Stuart Hall, James Charlton and Neil Pearson all in action.

Let the dog see the rabbit!