You are at:Home»Older posts»Pablo Makes Them Pay In Flight 2 Of WPT UK National London
Go to partypoker 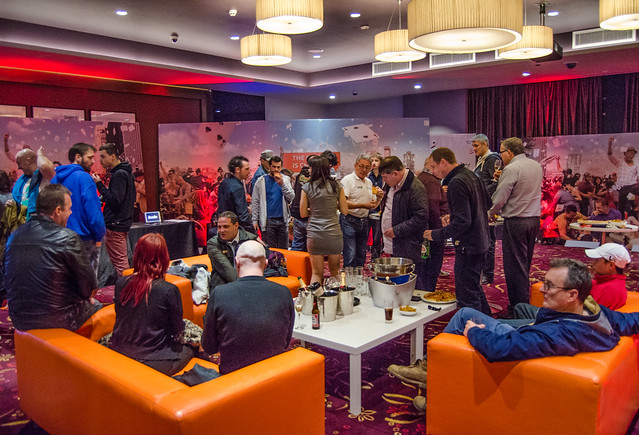 With an amazing 229 entries, we got ever closer to finding out who the big stacks will be when Day 2 takes place tomorrow here at the Aspers Casino Poker Room in East London.  Stratford is the location for what has so far been a fantastic two days of poker, and with one final Day 1 flight to come this evening, it promises to be exciting stuff with tournament lives now on the line with no option of re-entry. 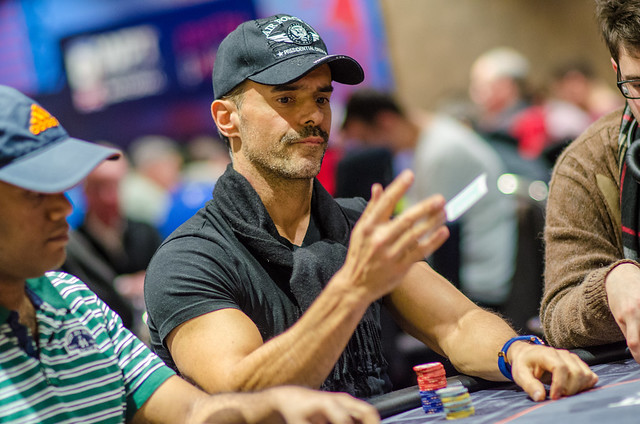 Michael Greco endured a torrid time at the end of the day after a great start.

With a 20,000 starting stack and opening blinds at a kind 50/100, play was well and truly live, with players such as Chaz Chattha, Kara Scott, Kevin Williams and Paul Romain all playing their second flight.  Others, including Michael Greco, both Boatman brothers and Joe Beevers were all starting from scratch, so needed to press for chips early.  that worked in spades for the actor & director Greco, who busted his friend JJ Hazan in Level 2 and never looked back, quickly becoming chip leader and crushing his table.  He would run his stack up to 68,000 before a final level pot that decimated all his hard work.  His A-A was all-in pre-flop against A-T and managed to be drawing dead by the turn after the first four cards came out 3-J-Q-K to give his opponent sue O’Connor an unassailable ‘Broadway’.

It wasn’t all bad luck for the faces that we saw on every table.  Both Chattha brothers enjoyed a profitable flight, with Chaz (73,000) adding to his Day 1 total to hop over the 100k mark overall.  Sunny bagged up 45,000, which after a blank first flight, was just what he needed to get back in the game.  Still they dropped, Gabriel Carter, Chuck Khuu, Jerome Bradpiece and Kevin Williams all needing to pull a final flight out of the bag.   But partypoker gal Kara Scott doubled her winnings from Flight 1 and now has an excellent 95,100 before Flight 3.  She was her usual effervescent self, albeit right at the back of the room, busting players and giving them a long walk back to the registration desk to get involved tonight.

Barny Boatman (above) busted, while Ross rolled along.  And then came the big stacks.  Robert Fowler powered through in his first attempt, grabbing 102,000 to leap up the leaderboard, a new threat to the Reza Fazelis of yesterday.  Sandra Reid bagged up six figures too, as did Mathieu Bragard.  But no-one got near Pablo Legarre, whose excellent chip-count of 126,200 put him top of Flight 2.